The beauty of the Arctic Ocean

The beluga whale (Delphinapterus leucas) is a large marine mammal belonging to the order of Artiodactyla, the infraorder of Cetacea, and the family of Monodontidae. It is the only species of the genus Delphinapterus and is characterised by its white colour. Beluga whales can grow up to 6 metres long and weigh up to 1,600 kg. Juvenile whales are light grey and turn white by the time they reach sexual maturity at the age of four. Beluga whales belong to the group of endangered animal species.

Beluga whales are carnivorous animals that feed on the sea bottom animals, predominantly fish, but occasionally also eat crustaceans, squid, or sepia. They have a well-developed sonar system, excellent hearing, and they can find their catch even in very turbid waters. 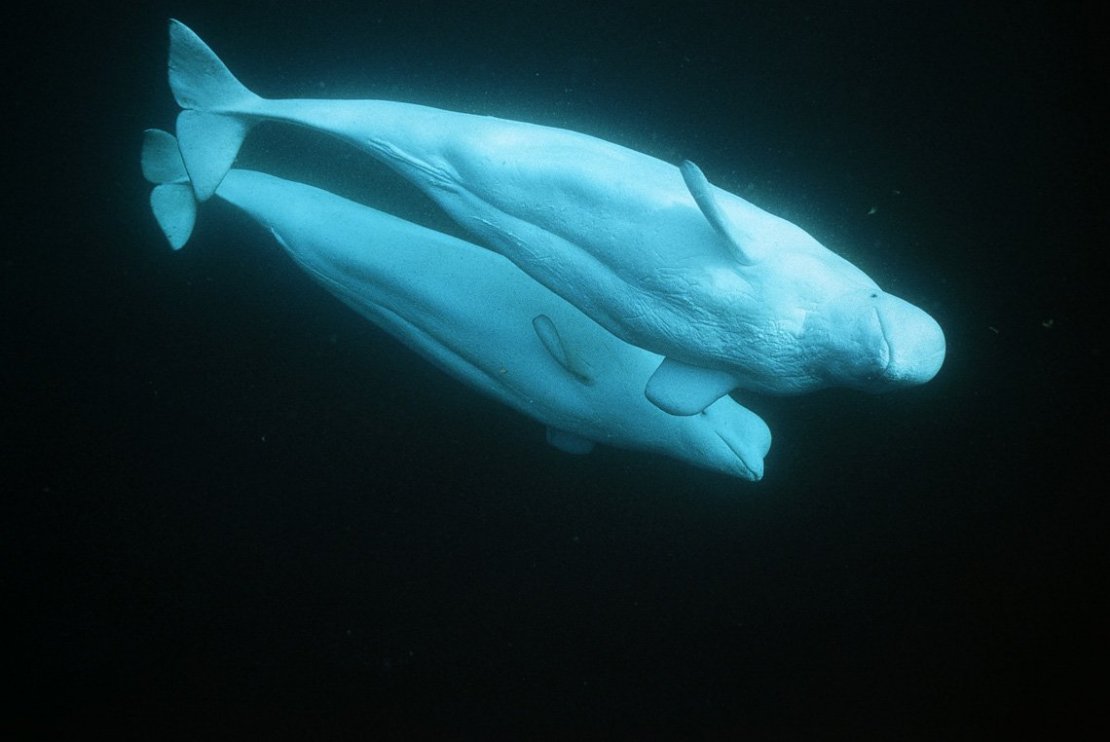 On average, the beluga whale is about 4.5 metres long, but some individuals can grow up to 6 metres and weigh up to 1,600 kg. Between 40 and 50% of the animal’s weight is fat, which acts as excellent insulation in waters with a temperature around 0 °C. Anatomical differences between male and female beluga whales are moderate: males are 25% larger than females. Beluga whales have a thick, soft fat pad on top of their head. There are 8 to 10 sharp teeth on each side of the jaw, which are all the same, conical, about 6 cm long and 2 cm wide. Even though the whale’s retina has 150,000 rods per 1 mm2, they are colour blind. Above water, the whale is short-sighted but sees very well in the water.

Beluga whales live in small groups consisting mainly of a female and a few young whales. Males live separately and join females only during mating. The beluga whales swim quite slowly, usually at only 10 km/h. Over short distances, they can reach a speed of up to 22 km/h, but they are certainly not much of sprinters compared to other whales. Unlike other cetaceans, they do not dive into great depths either, but rather operate in shallow waters. However, according to some observations, rare dives of up to 700 metres have been recorded. During deep dives, they can lower their heart rate from 100 bpm to 12 bpm. Beluga whales move in small groups and look like pieces of ice melting in the Arctic waters. 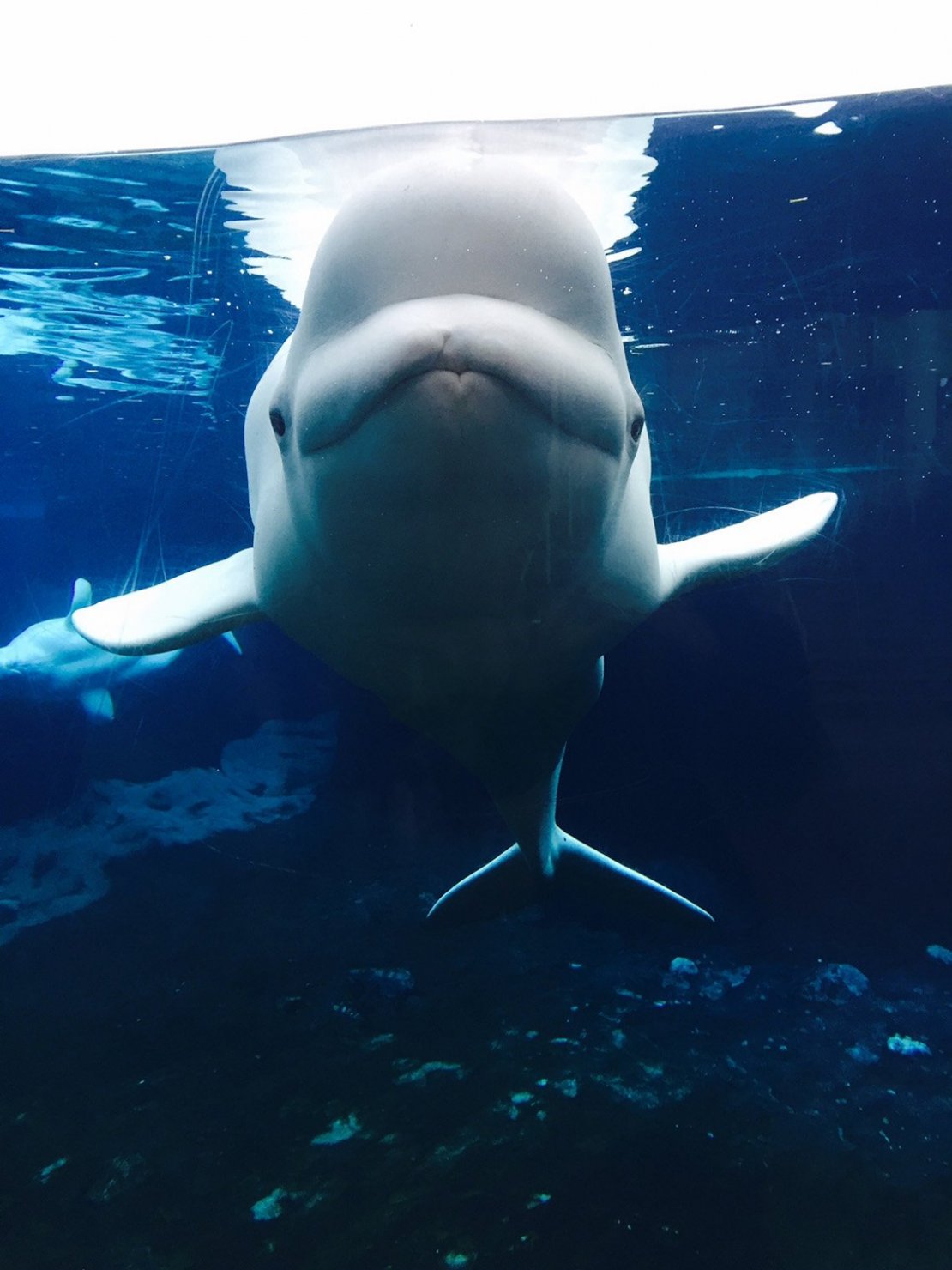 During the long nights of The North, beluga whales orientate in muddy waters using ultrasonic waves or echolocation, just like bats. They can hear an ultrasound of 200 kHz, while a human ear only hears sounds of up to 20 kHz. Beluga whales can also use sounds to communicate with each other: clicks (12 to 15 kHz), whistles (3.45 to 9 kHz), trills (4 kHz), squawks (13 kHz), jaw claps, and singing (1.28 to 12 kHz). A special melon-shaped fat pad on the head acts as an acoustic mirror.

Like other cetaceans, they give birth to live offspring. The gestation period is 12 months. A female whale can have the first offspring at the age of 8, and from the age of 25, their fertility begins to decline significantly. Females usually give birth to one offspring every three years and feed them with milk for 6 months. At 4 to 5 years, the offspring become adult. Both genders reach their maximum size at about 10 years of age. Beluga whales usually live up to 20 years but in some cases can also live for 30 years or more. The oldest specimens are estimated to be around 70 years old.

Beluga whales can be found in cold Arctic coastal waters, where they circulate floating shrubs. As soon as the ice melts on the northern coast of Greenland, northern Siberia or Alaska, beluga whales appear in large groups. They enter rivers flowing into the Arctic Ocean, swimming upstream for several kilometres. The total population of beluga whales is an estimated 150,000 individuals. 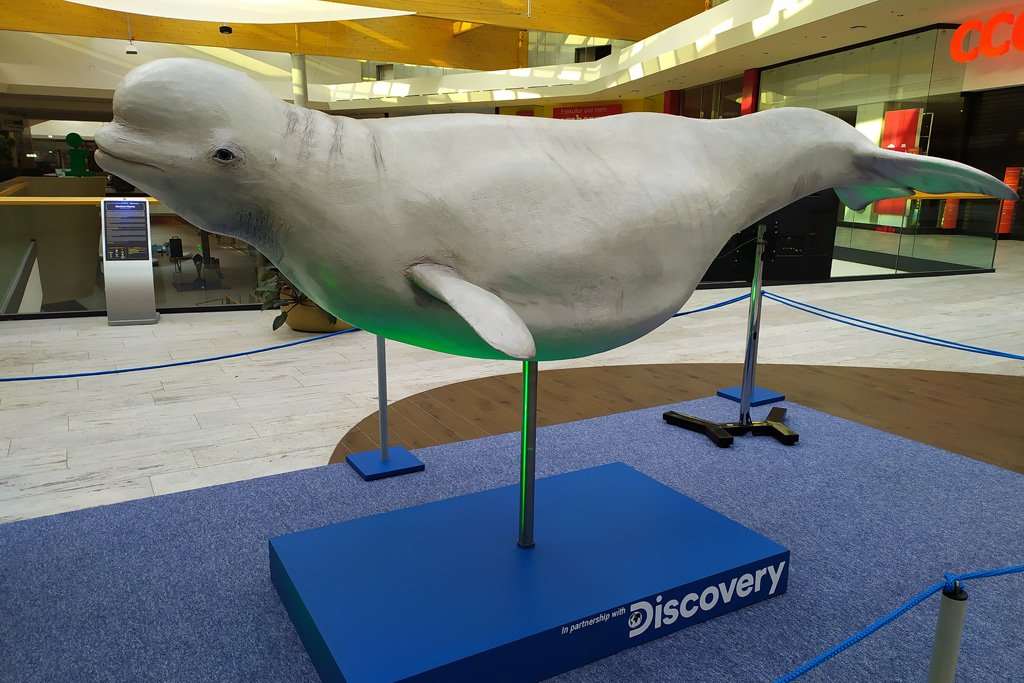 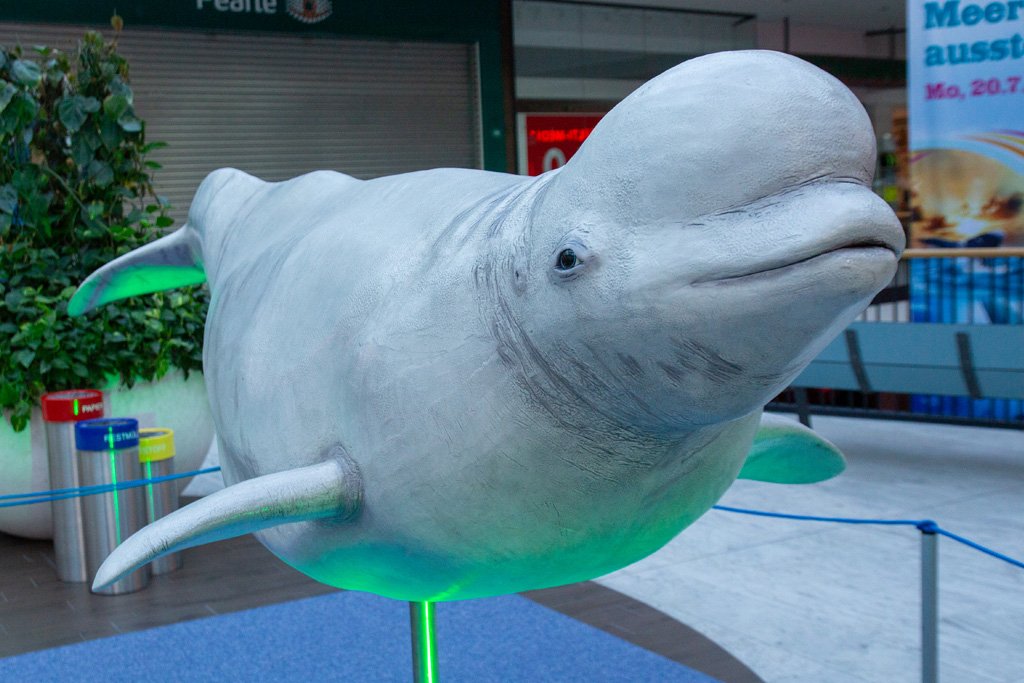