The largest cephalopod in the world

Giant squid (Architeuthis dux) is one of the most mysterious and the least-known species occupying Earth’s oceans. So far, we assume giant squids are one of the most abundant living invertebrates, and their shoulder-less bodies can grow up to 7 (or more) metres and weigh dozens of tonnes. Giant squids are active predators which can take down even sperm whales. They live up to approximately 5 years. The largest giant squid to live measured admirable 18.5 metres. But the only thing we know for sure is that there are far more presumptions about giant squids than facts.

Scientists have tried to trace giant squids for centuries. The first confirmation wasn’t until 1857, but even after that, the giant squid was believed to be just a myth. Several expeditions tried to photograph giant squid to show proof of its existence since the 1990s. The Japanese were the first to document its existence in 2004 in a submarine 900 m below the water surface. 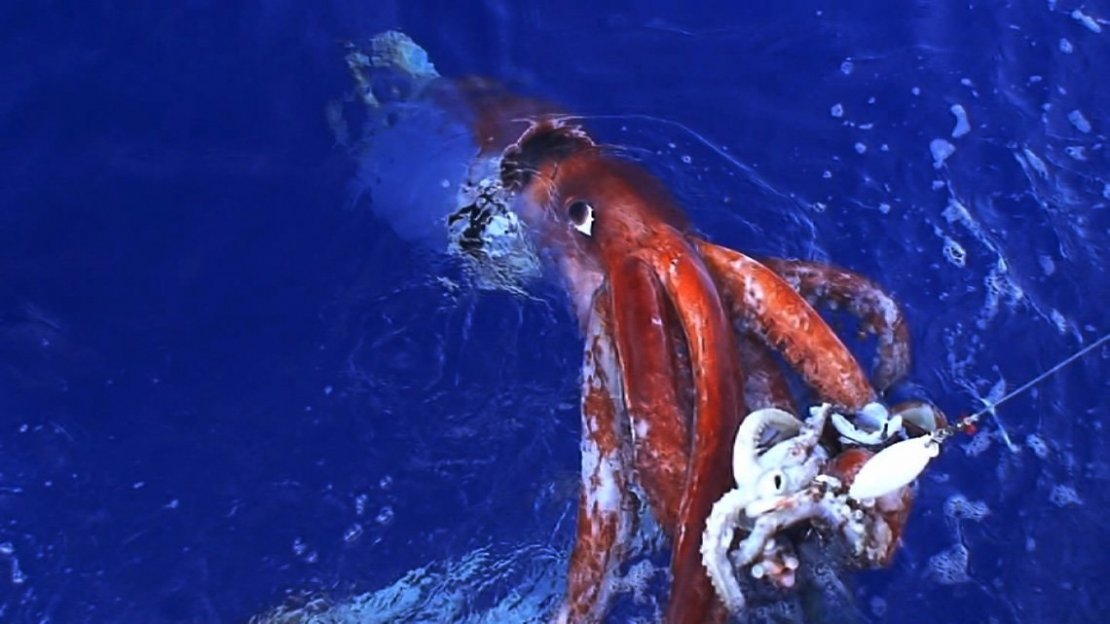 Mostly dead bodies were found onshore. The diameter of a suction cup on tentacles was about 15 cm, but the sucker’s imprints of 45 cm were found on the bodies of sperm whales. Some even claim the diameter was 60 cm. That means there are much bigger squids living in great depths. For comparison, the colossal squid is twice as large. Scientists estimate that the colossal squid grows to be at least 35 or 40 metres.

It is not known what the giant squids eat precisely. According to some, it can be deep-sea crabs and fish, or some octopus species. Sometimes they switch the place with sperm whales which then become the prey. The squid catches the whale with its longest tentacles and uses the rest of them to stick itself to the ocean’s floor. Then it waits for the whale to drown. After catching the prey, the squid pulls it to the beak and cuts with toothed tongue before the food reaches the oesophagus. Squid’s corneous jaws can supposedly cut steel rope. It is believed that giant squids hunt alone, as specimens have only been caught separately. 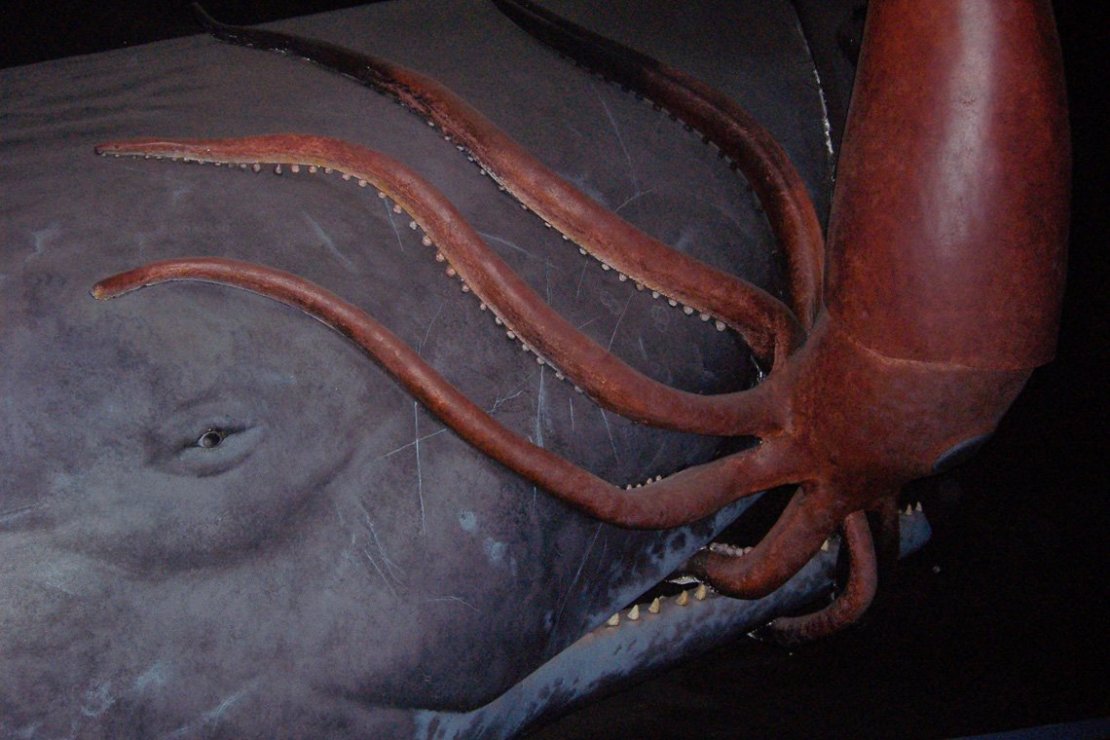 The length including extended tentacles is about 10 metres in males and about 13 metres in women. There are some cases of a specimen of 17.8 metres (18.5 m with tentacles) recorded. The giant squid is the number one when it comes to animal eyes size, which is about 30 cm in diameter. The longest diameter so far was measured to be 40 cm.

According to the findings so far, giant squids live all over the oceans. Yet the average depth in which they survive is unknown. Scientists guess it is somewhere between 300 and 1,000 metres, but it is possible to see some specimens even 6,000 metres deep. 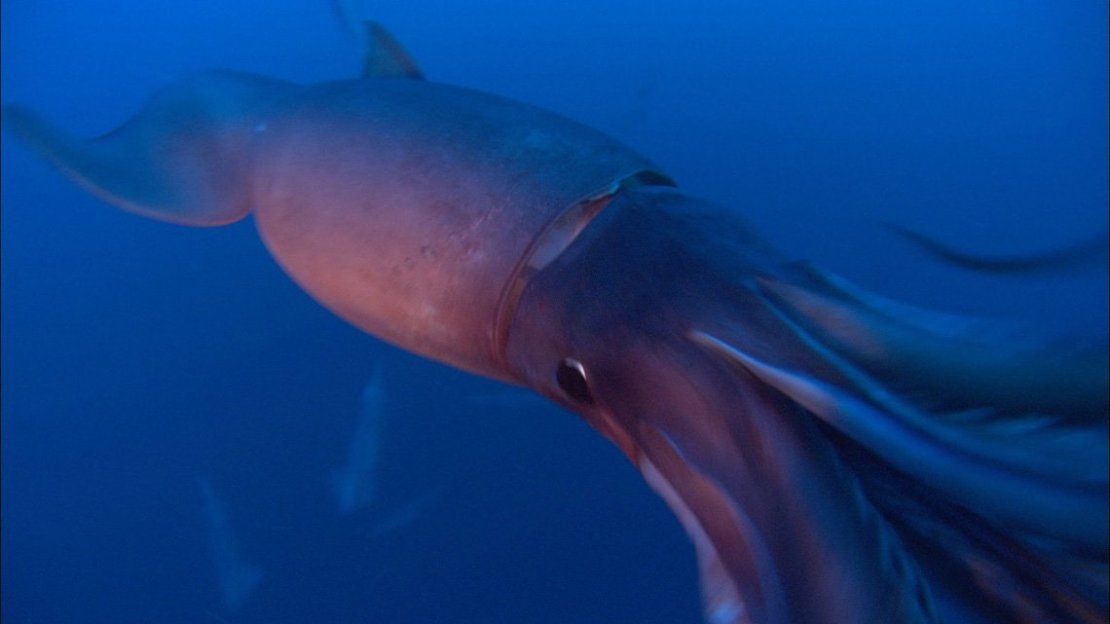 As was mentioned before, we do not know much about the giant squid’s life. Therefore, there is only so much we know about its reproduction. Giant squid becomes sexually mature at about 3 years. The females go through more visible changes than males. Females produce eggs which can grow to be up to 5 kg in weight. The ovary lies in the middle of the mantle cavity and subsequent fallopian tubes which guide the mature eggs to glands. Like other octopuses, the glands create a gelatinous mass that keeps the eggs together after they are released.

The males, same as other cephalopods, have only one functional testicle. The penis is about 90 cm long, and it slides from behind the mantle. It still raises a question of how the sperms get to the eggs as squids do not have hectocotylus, which was made strictly for reproduction in other cephalopods. The highest chance then become insertion of sperms into the eggs in the form of spermatophores.

Eye size: up to 30 cm in diameter
Size of a suction cup: up to 60 cm
Diet: its prey may include giant sperm whales. Giant squid captures them with its longest tentacles, clings to the ocean bottom with the rest of its tentacles, and drowns them. 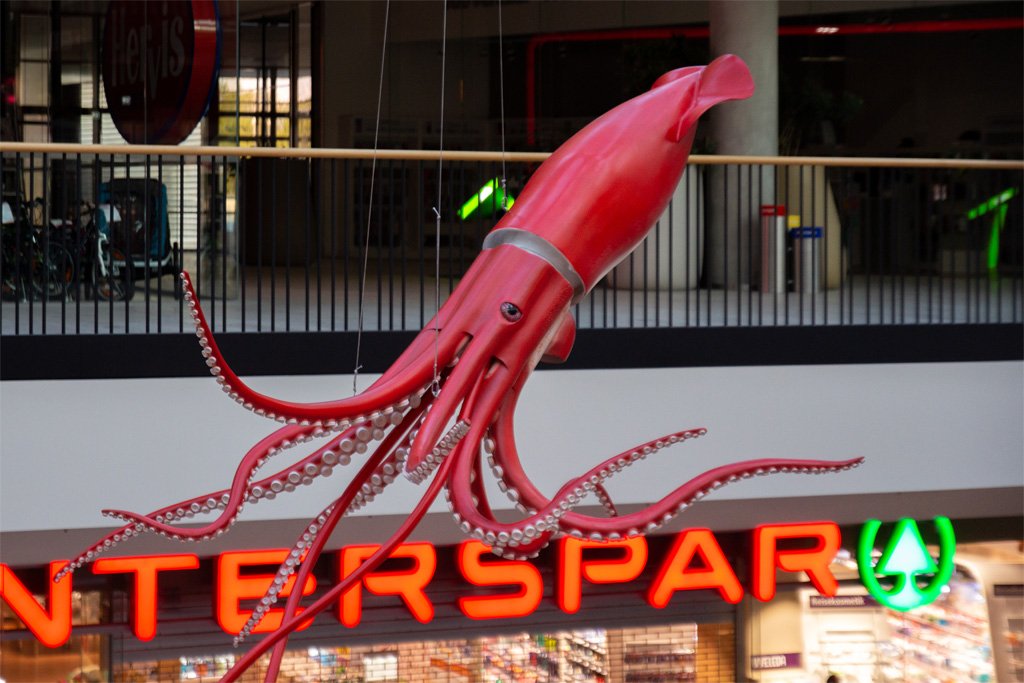 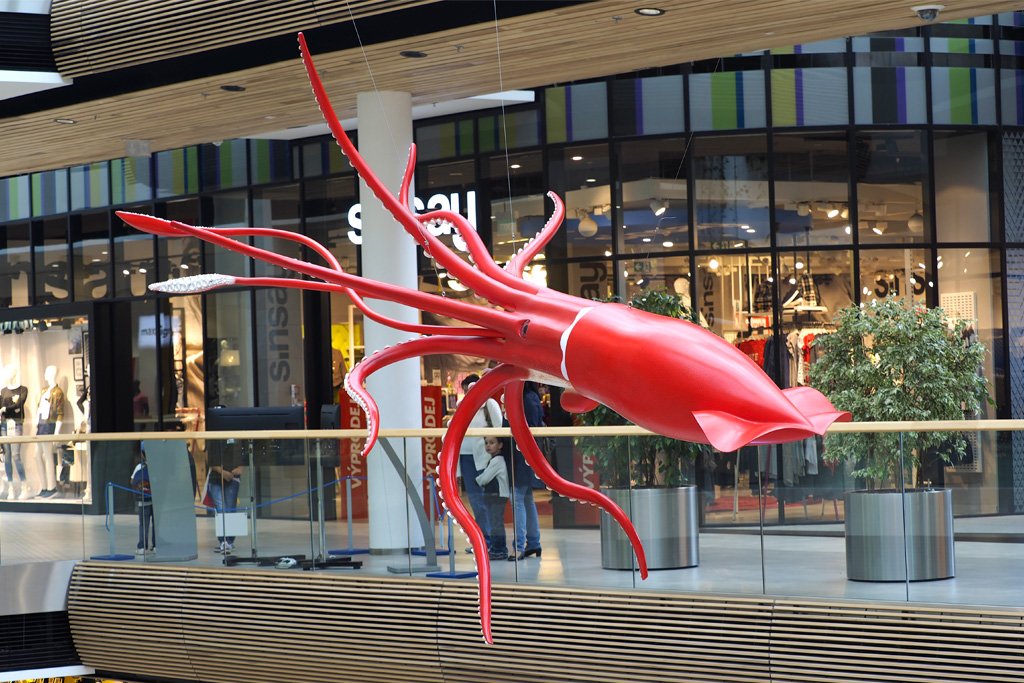