Tiger sharks (Galeocerdo cuvier) belong amongst the most dangerous and biggest predators on Earth. The name comes from the vertical stripes that remind one of a tiger. They usually hunt by themselves at night in shallow waters with lower visibility where they can fully use their first-class killer instincts. It is not hard for them to obtain food as they eat pretty much anything, including carcasses. That is why are the tiger sharks called „hyenas of the sea“. When we said anything, we meant anything – tyres, canisters, or car signs.

Tiger sharks are usually 3.25 to 4.25 metres long and weigh 385 to 635 kilograms. Specimens with the length over 4.5 metres are rare, but even some with a length of 5.5 metres and weight of 900 kg have been seen. The record holds a female caught in Indochina in 1957 with a length of 7.4 metres and a weight of 3 tonnes. Tiger sharks are recognizable thanks to their vertical dark stripes that remind one of a tiger. These stripes are present mostly on young specimens and gradually fade away; sometimes, they disappear altogether. Another distinctive sign is a flat head with large jaws, dented triangle-shaped teeth made especially for cutting through hard materials (i.e. tortoiseshell), and large tail fin with the upper part much longer than the lower one. The tail fin evolves with time; the older the shark gets, the more symmetrical the fin is. Even the head changes over time; it becomes more and more broad and flat. 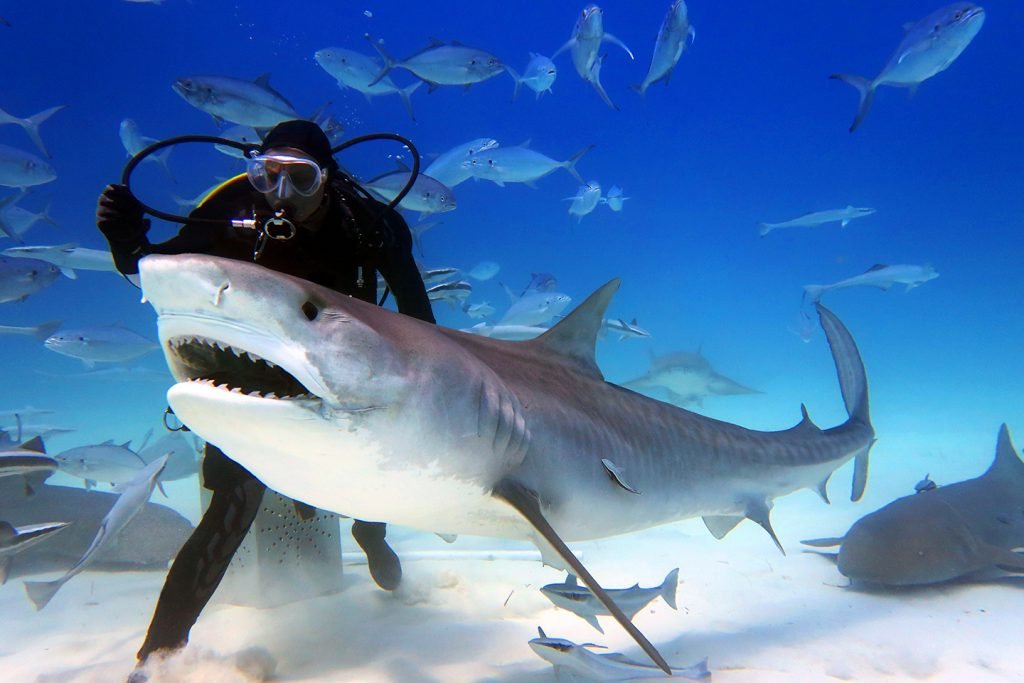 Tiger sharks are rightfully considered as one of the most dangerous predators in the world. They usually hunt alone in shallow waters with poor visibility where they can best use their strength – instincts. There is an organ called the ampullae of Lorenzini on their snout which enables them to recognize even a slight electric field produced by muscles in living organisms. Receptors on the sharks’ bodies capture vibrations in the water. Their smell is also important; it is so advanced it recognizes a drop of blood in a 50 m distance. Sharks use the colour of their bodies and slow movements as a camouflage. They swim towards the prey in shortening circles and then attack vigorously. They can attack and kill prey larger than themselves. If the attack is unsuccessful, the shark will not go after the prey as they are not equipped to move fast for a more extended time.

Female tiger sharks lay eggs. In the northern hemisphere, the mating occurs between March and May, in the southern hemisphere half a year later. Females carry the eggs for 13-16 months. After hatching, the young stay and feed in the mother’s womb. Females give birth once every 2 to 3 years to about 30 or 35 young (the number of young is between 10 and 82). Every young is 50-90 cm long. Young tiger sharks grow fast to “outgrow” the time when they are the most vulnerable. After the first year of life, they are 1.5 m long; then the growth slows down. At the age of 4, they are about 4 m long, that is when another slowing down occurs, and then they grow only 5-10 cm a year. They reach maturity between the ages 7 and 15. Tiger sharks live up to be 27 to 50 years old.

Tiger sharks live in tropical and subtropical waters of the world’s seas and oceans. You can find them typically near shores of southeast Asia, Indonesia, islands in the Pacific Ocean, Caribbean Sea and western shores of Africa. They spend most of their lives in shallow water (2.5-12 m) near coasts, but some specimens have been seen 350 m deep.

Age: up to 50 years
Natural habitat: tropical and subtropical waters
Number of newborns: 10-82
Length of a newborn: 50-90 cm
Nickname: “hyena of the sea” – eats almost every animal including carcasses 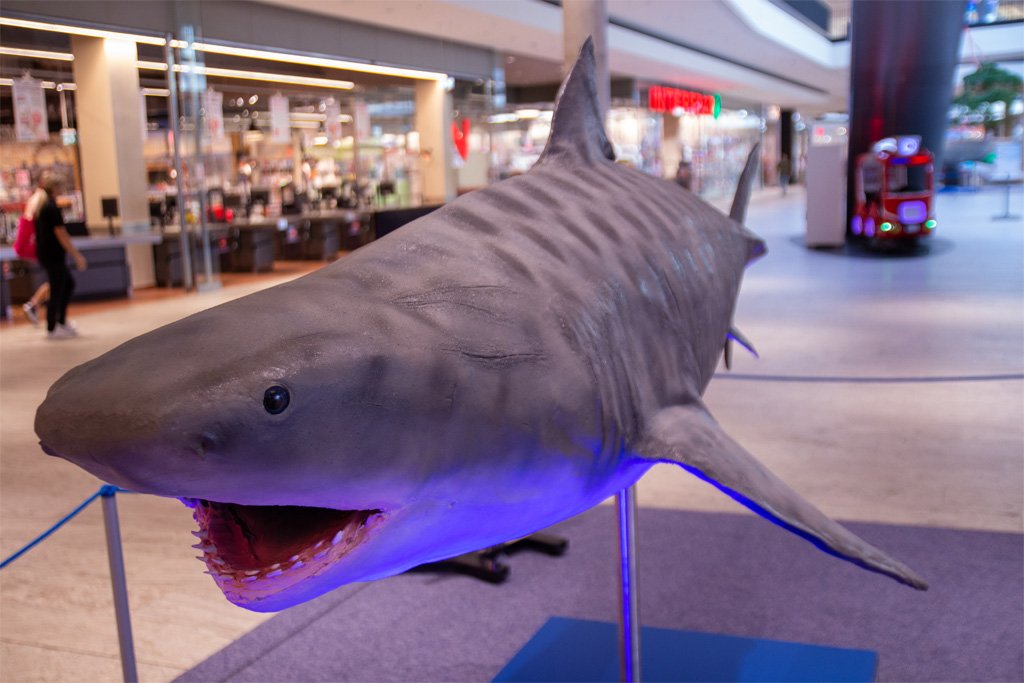 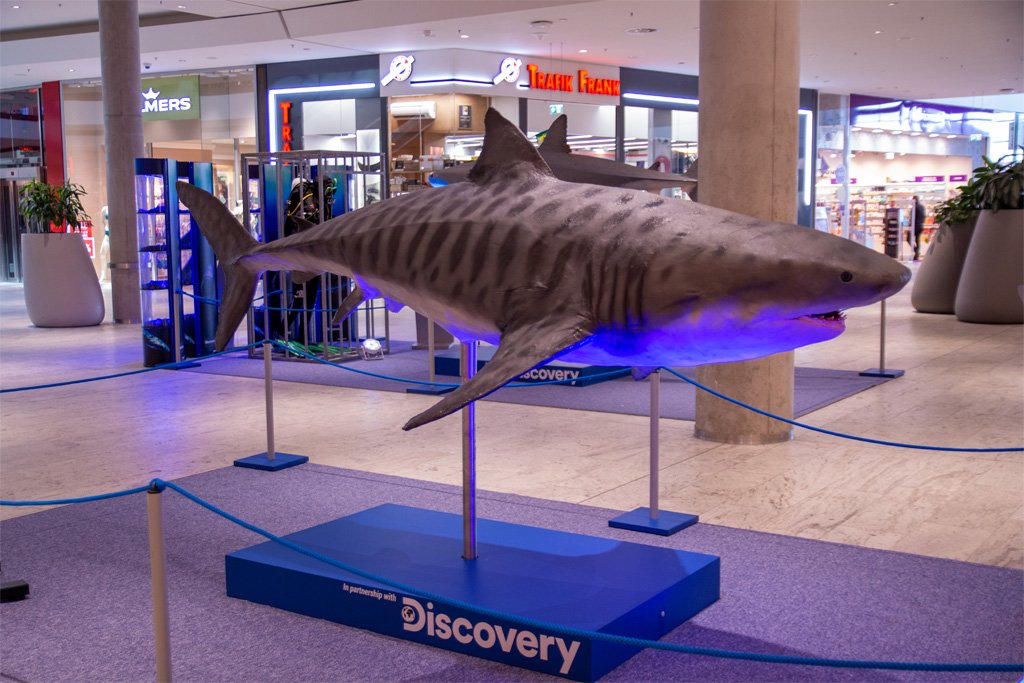