A versatile predator on top also called an orca

The killer whale is the largest cetacean in the dolphin family. It is an adaptable predator at the top of the marine food chain. The killer whales eat fish, turtles, birds, seals, sharks, but also some other whales. As the Roman philosopher Pliny the Elder wrote in his Naturalis historia, the name refers to their reputation as an excellent and feared marine mammal. By now, however, it is known that killer whales are not dangerous to humans. No deliberate attack on humans by the killer whale has ever been recorded.

The list of species that killer whales feed on is extremely long. Their diet consists of about thirty species of fish, but they mostly eat salmon, herring, and tuna. Killer whales hunt huge sharks, occasionally even great white sharks, for their nutritious liver (some scientists think they also eliminate sharks as unwanted competitors). The polar population of killer whales also hunts other marine mammals, including most species of seal and sea lion. Seven species of birds, including all penguins and cormorants, may also end up as their prey. Killer whales won’t turn down cephalopods, such as octopus and squid, either, and it has been reported that killer whales hunt as many as 22 whale species. Their favourite catch is a beluga whale, but organised groups of killer whales can also hunt whales much larger than themselves, such as fin whales or even young blue whales. On average, one killer whale consumes 60 kg of food daily. 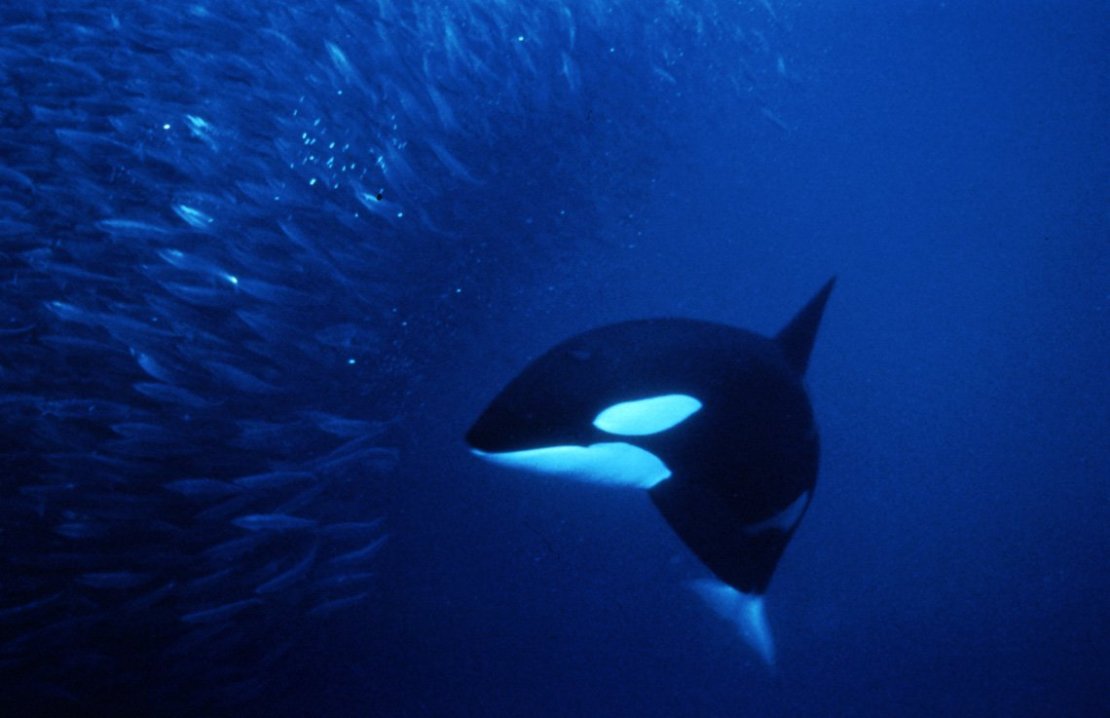 Killer whales are very resourceful when killing their prey. Sometimes they throw seals to each other to stun and kill them, catch herrings using carousel feeding, and kill sea lions by head-butting or stunning by a tail blow. In Patagonia, killer whales feed on sea lions and seal pups that they pursue on the shore. A group of killer whales can even beat a young blue whale by chasing it with their mother until the blue whale dies of exhaustion, or by preventing the young whale from inhaling. When a whale dies, there is nothing to stop the killer whale from eating its meat. Elsewhere, killer whales also make observational jumps to find seals resting on the edges of ice banks. Then they cause a wave that hurls over the ice and forces the seals to jump into the water, where another killer whale is waiting for them.

Killer whales have a heavy and stocky body with a large dorsal fin. Males can grow up to 9 metres long and weigh 10 tonnes. Females are smaller, up to 8.5 metres long with a weight of 5 tonnes. The length of the dorsal fin is about 1.8 metres; males have a taller and straighter fin than females. Killer whales swim at speeds of up to 70 km/h, with an average speed of 58 km/h. Adult male killer whales are very impressive and cannot be confused with any other marine animal. 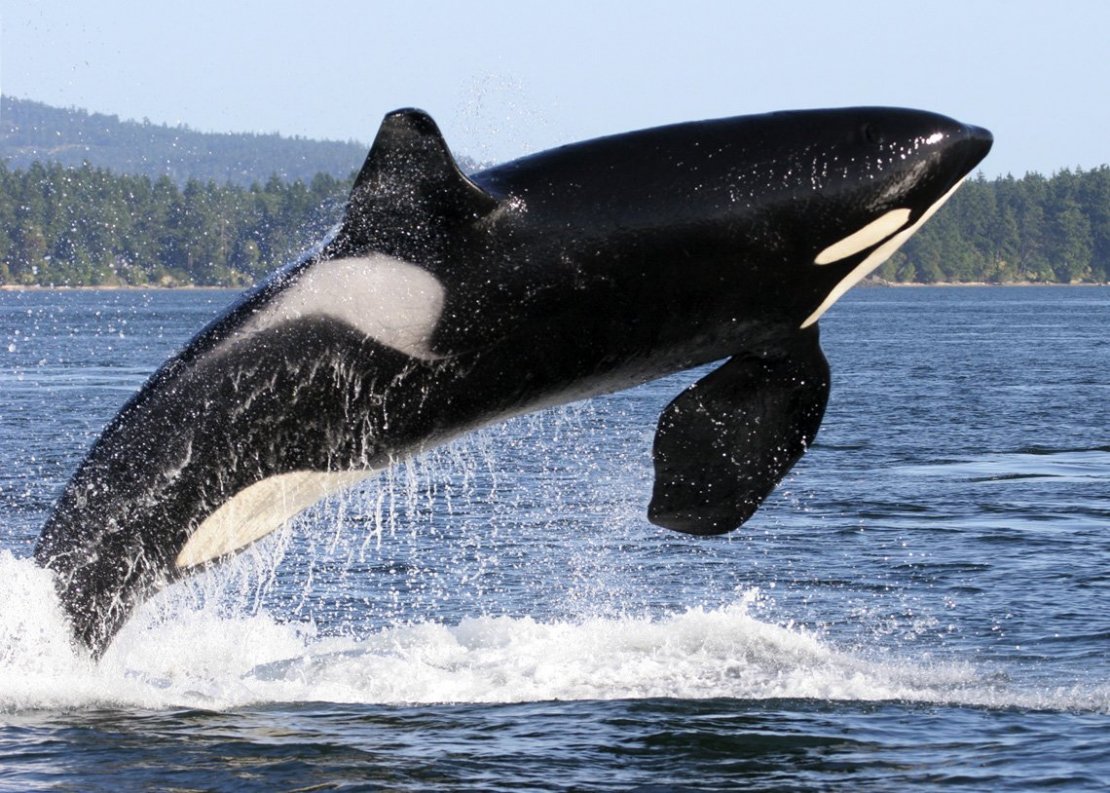 Killer whales have a complex system of social groups. The main group is the matrilineal family group, which consists of one female and her offspring. Because females can live for up to 90 years, it is not rare for four or even five generations to live in one group. Individual specimens leave the groups for mating or feeding for a few hours. The matrilineal family groups tend to merge into pods consisting of an average of 18 animals. The members of the pod use similar sounds. The next level of groups is a clan, which is made up of pods with similar dialects. Again, pod relationships appear to be genealogical, mostly involving families that share a common ancestor on the maternal side. The final association layer is called a community. It is defined as a group of clans, but communities are no longer formed on the basis of family ties or vocal patterns.

Like other dolphins, killer whales are very noisy animals. They communicate with different types of clicks and whistles and use echolocation. Permanent groups use a dialect that is characteristic only to them. Each whale has its own song or individual series of whistles and clicks that are repeated continuously. It seems that every member of the group knows all these songs. Therefore, it is impossible to identify a single animal by their voice, but rather the group that they belong to. 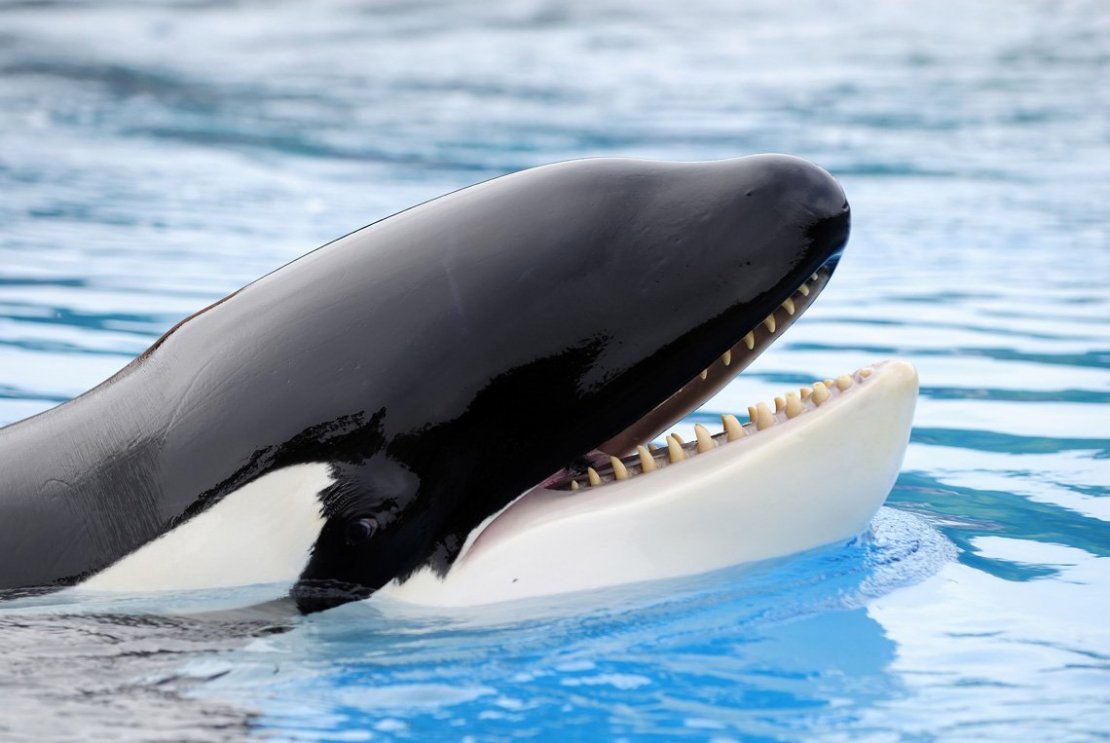 Females become pregnant for the first time at the age of 15 and give birth to one offspring approximately every five years. Pregnancy lasts for 15 to 18 months, and the newborn killer whale weighs about 180 kg and is 2.4 metres long. The young need care for two years, but mothers usually feed them for about 40 months. On average, females raise about five offspring throughout their lives. Females usually live to the age of 50, or in exceptional cases to the age of 90. Males become sexually mature at the age of 15, and live on average for 30 years, exceptionally up to 50 years.

Killer whales prefer lower temperatures and polar areas. They are very abundant in the northeast Pacific (areas of Canada beyond Alaska), off the coast of Iceland, and near the coast of northern Norway. They are also regularly monitored in Antarctic waters. In the Arctic, by contrast, killer whales are rare. Information on killer whales living in tropical waters is scarce, but according to long-term observations, they can survive in almost all temperature zones. There are no estimates for the total number of killer whales in the world. According to local estimates, there are between 70,000 and 80,000 whales in Antarctica, 8,000 in the tropical Pacific Ocean, up to 2,000 near Japan, 1,500 in the colder northeast Pacific, and 1,500 near Norway. 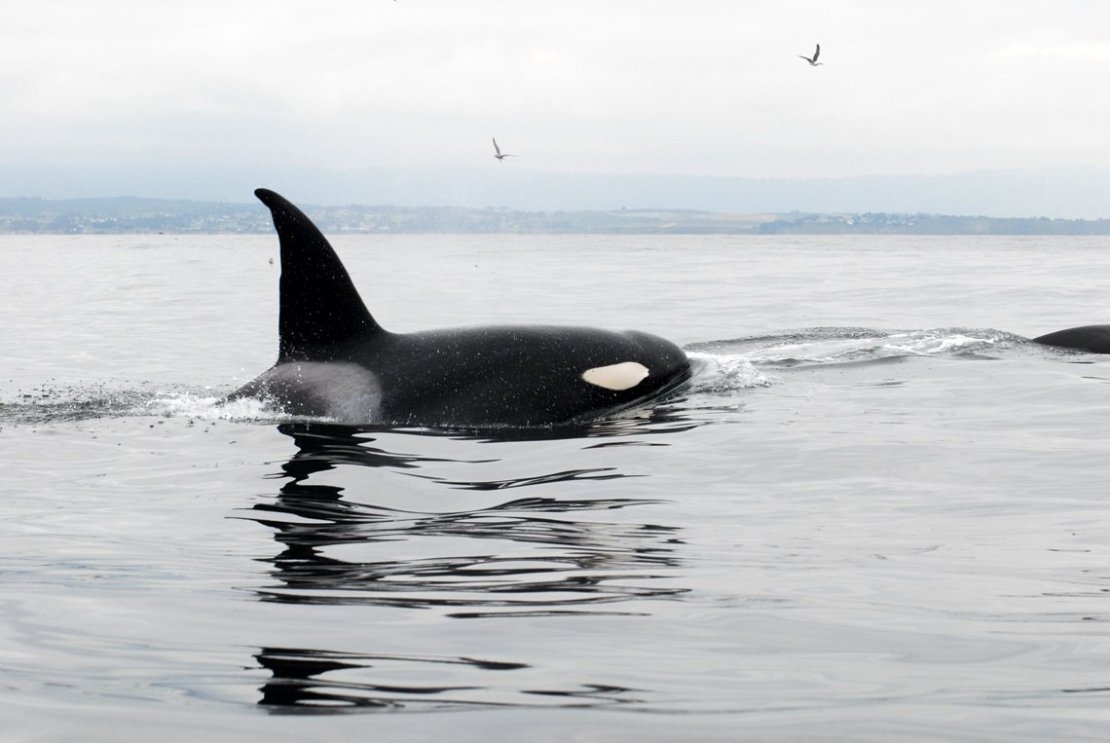 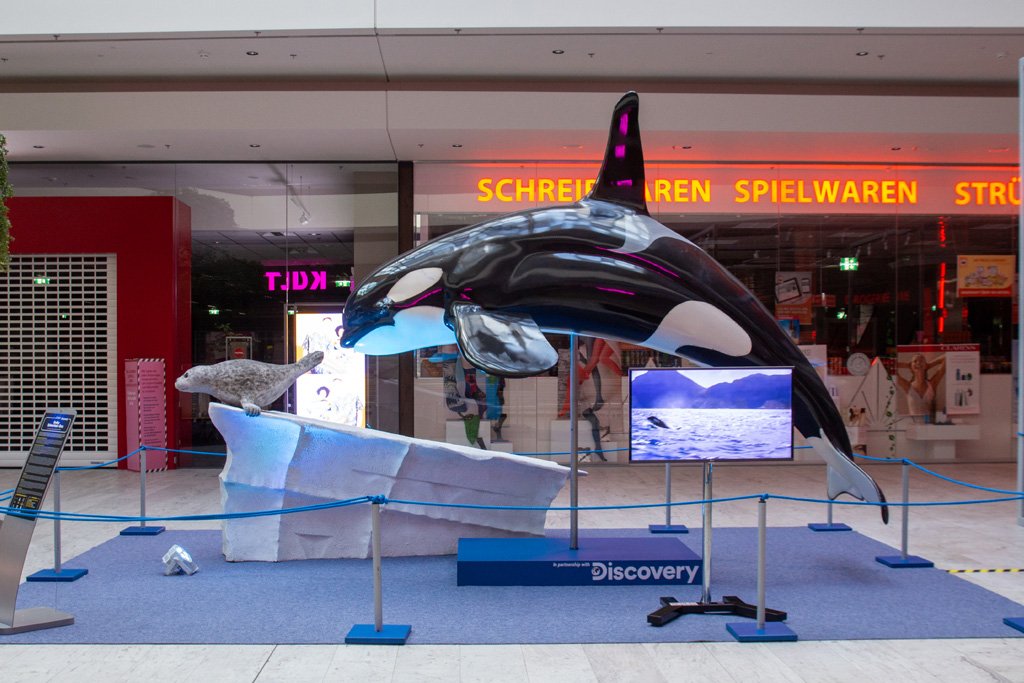 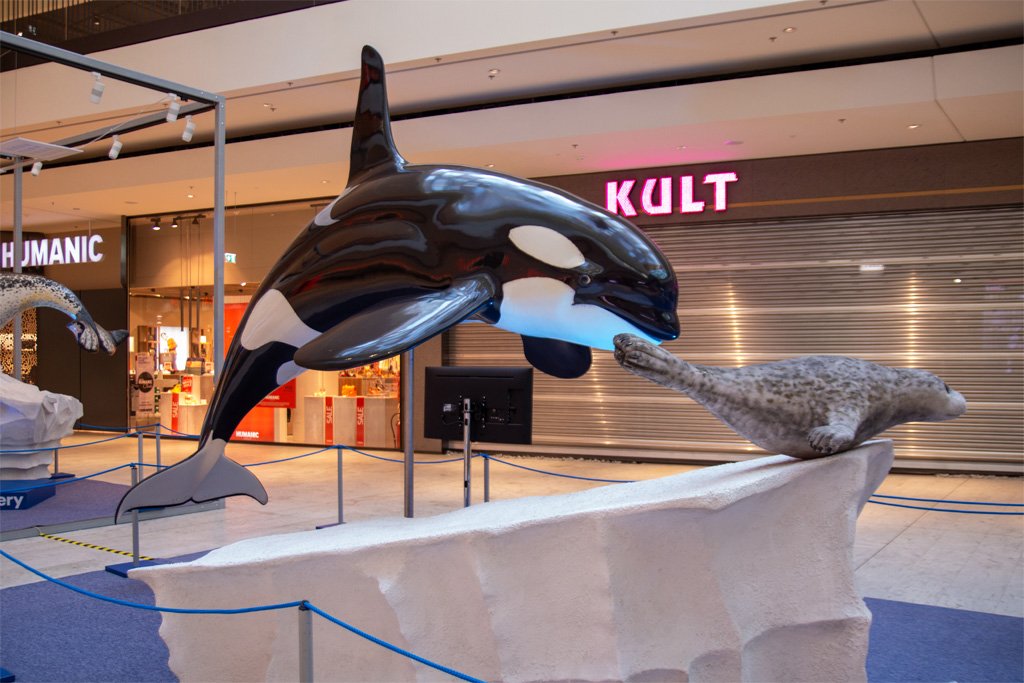