Giant oceanic manta ray (Mobula birostris) is a prehistoric sea fish characterised by graceful bird-like movement. Since that particular ray species is neither a predator nor a danger to humans, it has become one of the most sought-after animals to observe for divers all over the world. In the past, fishermen called it a devilfish because of its horn-shaped cephalic fins. According to legends, a manta ray jumped out of the water and pulled a sailor with it, grabbing him between its fins and killing him. However, there is no truth to these legends. Giant oceanic manta rays rarely get attacked by other marine animals, too; they only occasionally become prey for large sharks, and in some cases also for the killer whale. If an attack happens, they protect themselves with their considerable size and strong fins. The giant oceanic manta ray lives up to 25 years. 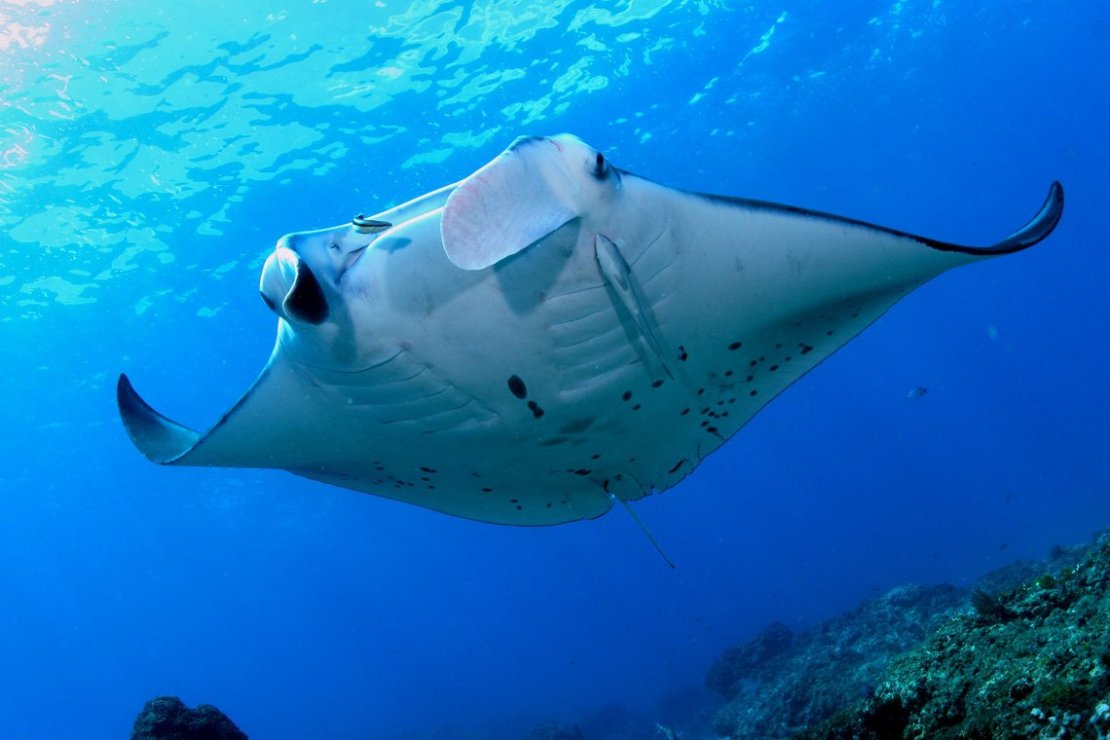 Giant oceanic manta rays, like sharks, do not have a solid skeleton but bones consisting of flexible cartilage. They grow to about 3 to 5 metres in length, with a disc size of about 7 metres, but specimens with a range of more than 9 metres have been observed. Thus, giant oceanic manta rays are broad rather than long. The maximum registered weight is 1,400 kg. Large specimens live for about 20 to 25 years, although the maximum life span is not yet known. There are only minor differences between the sexes.

The giant oceanic manta ray’s body has a hydrodynamic shape that reduces water resistance to movement. The head is at the front of the body with a pair of eyes that can observe single objects independently of the other eye behind the cheeks. The giant oceanic manta rays swim by moving their two fins, resembling a flying bird. The fins are remarkably elastic on both sides, allowing a maximum grip. The ray’s belly is of milky white colour that acts as a disguise when viewed from below. There are also dark spots on the body that are different for each specimen. The rear of the body has a long thorn-shaped tail without a sharp needle at the end.

Giant oceanic manta rays feed freely on drifting plankton, larvae, pelagic crustaceans, and small fish, catching them in their wide-open mouth as they move. In doing so, they use the moving parts of the cheeks that direct the water into the filtering mouth. Here, plankton and small animals get trapped while water flows out of the body through gills. The giant oceanic manta rays have shrunken, tiny teeth (4,000 pieces in 300 rows) because they do not need them for cutting food, but only for mating when males hold themselves to the fins of the female. The giant oceanic manta ray consumes 20 to 30 kg of plankton daily. Scientists have found that it usually accounts for 2% of their body weight. 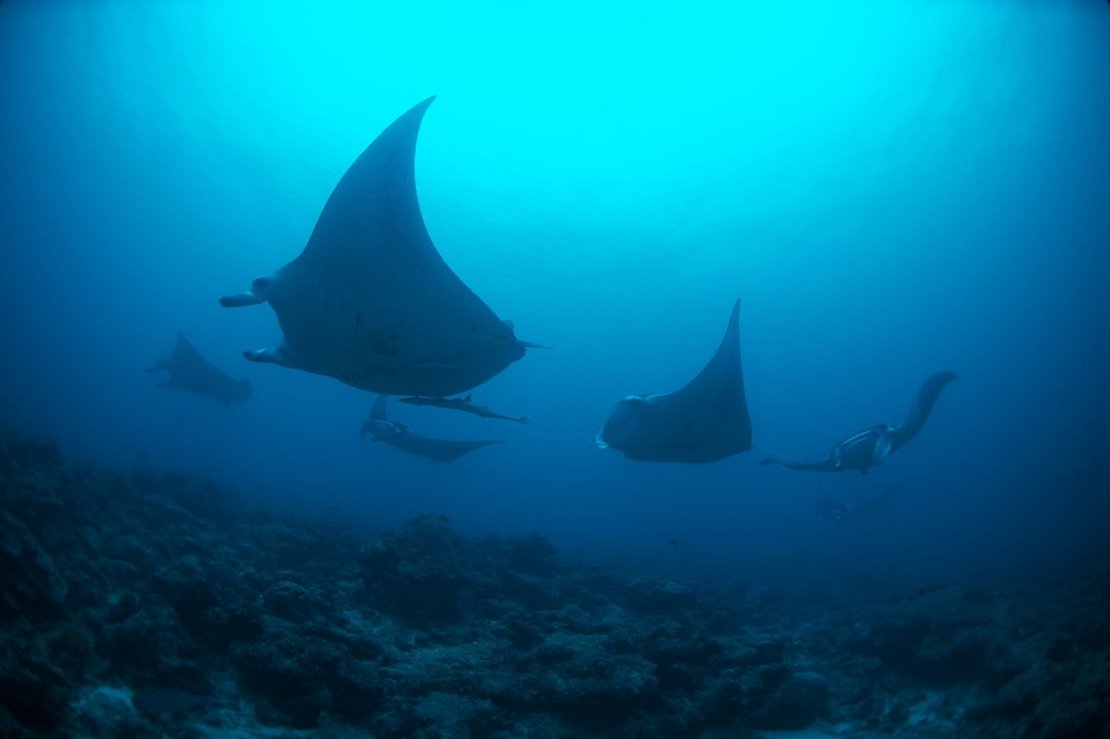 The giant oceanic manta ray reaches sexual maturity between the ages 6 and 8 years. It is a species that has few offspring and reproduces very slowly. Mating occurs between December and April when specimens migrate to tropical waters of 26 to 29 °C and gather in large numbers in places with rocky soil at a depth of about 10 to 20 metres. Several males try to catch the attention of a single female. Fertilised eggs develop in the mother’s body for about 12 to 13 months. Females usually give birth to one or two live young every three years. They weigh approximately 11 kg at birth and are 1.1 to 1.4 metres long. After birth, they grow amazingly fast and gain a lot of weight. The weight usually doubles in the first year of life. The young live in shallow waters during their first years of life and do not migrate to the high seas and migratory routes until they reach full size.

Giant oceanic manta rays live mostly on their own and sometimes gather into unorganised smaller groups. It is only during mating that there is a greater accumulation of specimens in a certain area. 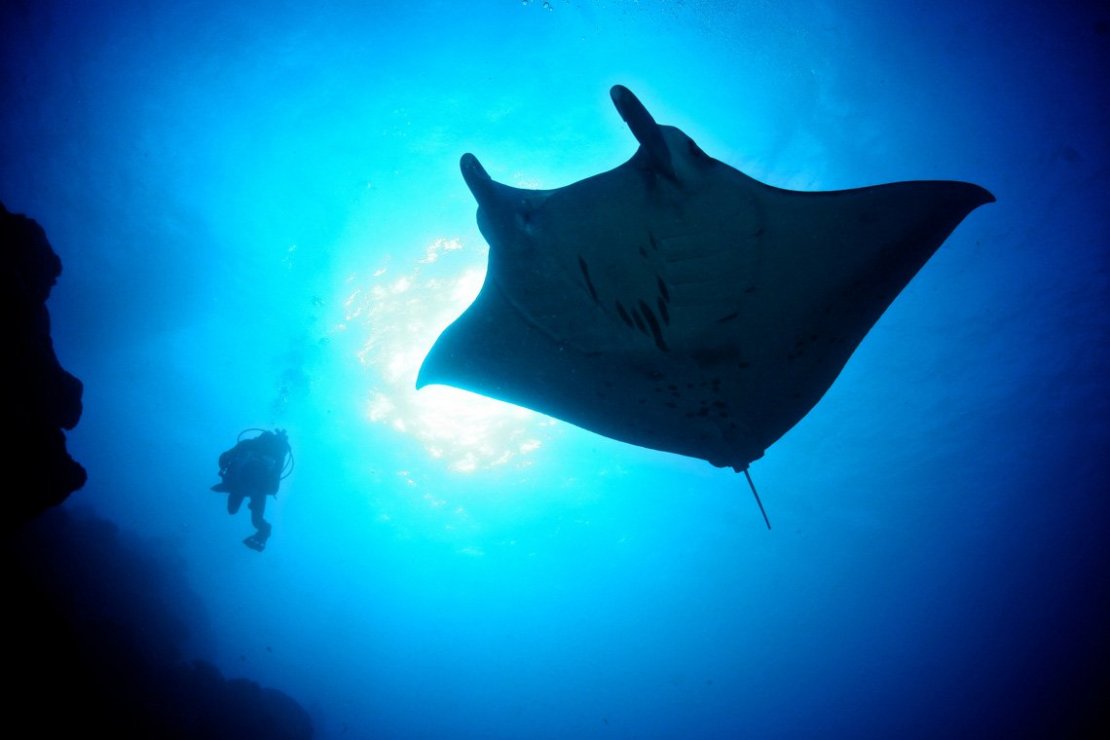 Giant oceanic manta rays occur in the tropical seas and oceans of the world from 35 degrees north latitude to 35 degrees south latitude. They live mostly near continents and islands, such as the coast of South Africa, around Madagascar, between the coasts of southern California and northern Peru, from the coast of North Carolina in the US to the south of Brazil, anywhere in the Gulf of Mexico, but can also be seen offshore. Occasionally, giant oceanic manta rays invade shallow bays and estuaries. They are most often found in shallow waters at depths of 1 to 40 metres near coastlines or coral reefs that are rich in food, but they have also been seen at depths of over 120 metres. There’s evidence that they rarely reach depths of over 1,000 metres. Since 2011, the giant oceanic manta rays have been listed as one of the most vulnerable species. However, there is no global programme to protect the species or to prevent its extinction. The exact number of giant oceanic manta rays is unknown and difficult to estimate. One can only speak of regional populations, which are monitored separately.

According to hunters of the giant oceanic manta ray, the sound of their voice resembles “bear coughing heavily”. 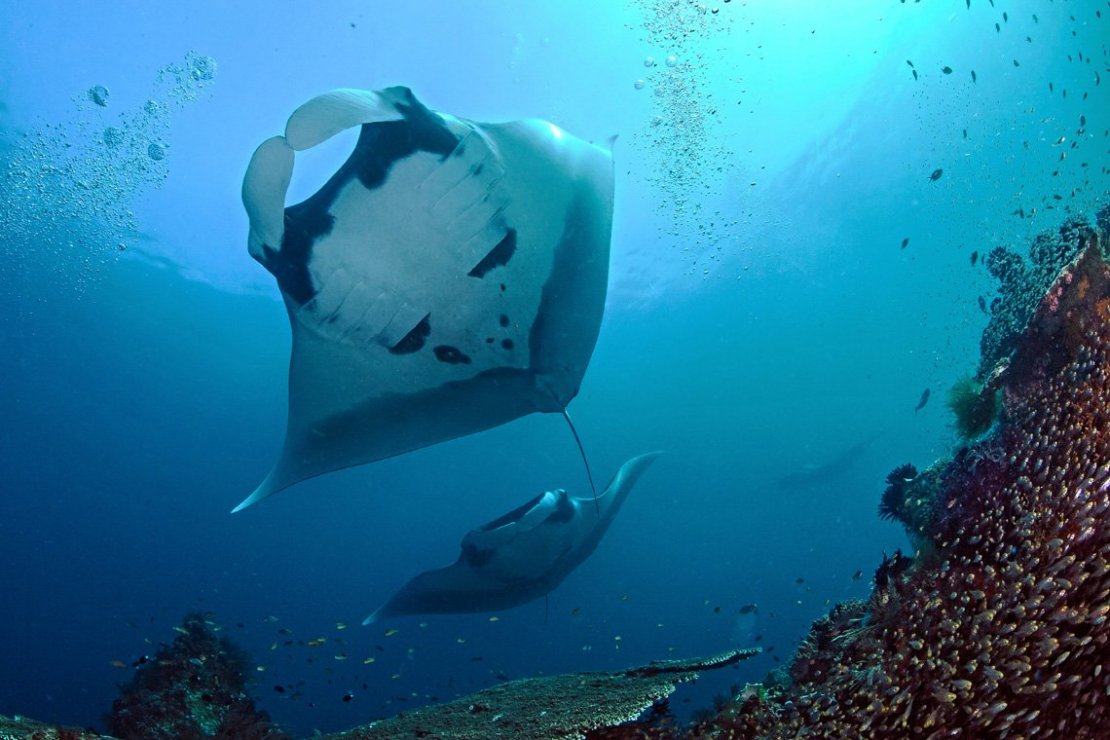 Daily consumption of food: 2% of their body weight
Natural habitat: warmer waters of all oceans
Offspring: 1 to 2 young every 3 years
Length of a newborn: up to 1.4 m
Weight of a newborn: 11 kg
Sexual maturity: 6 to 8 years 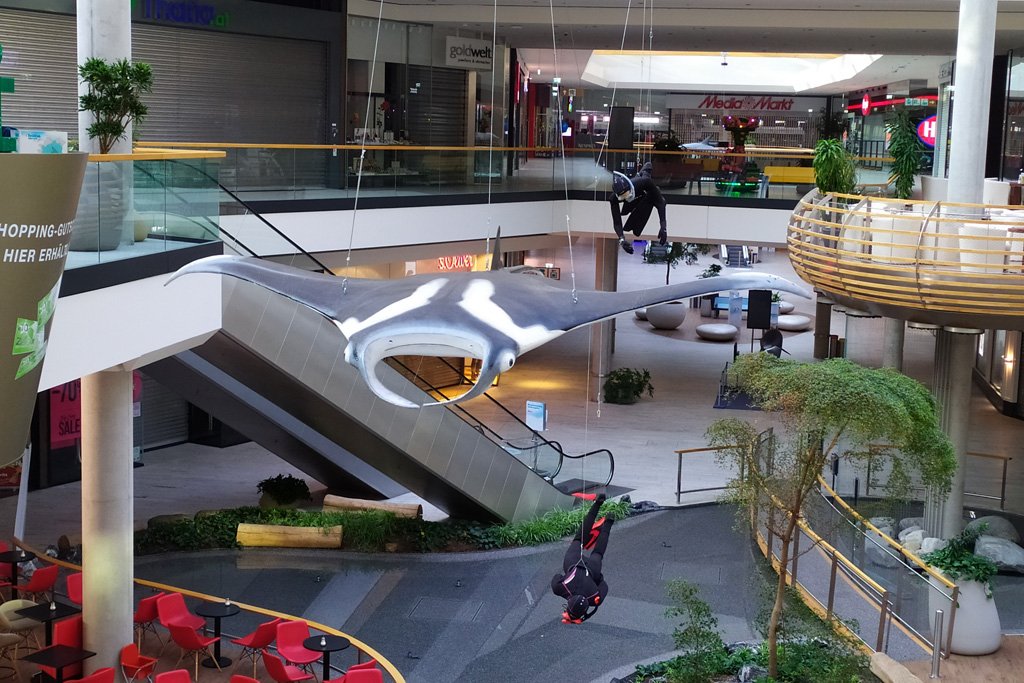 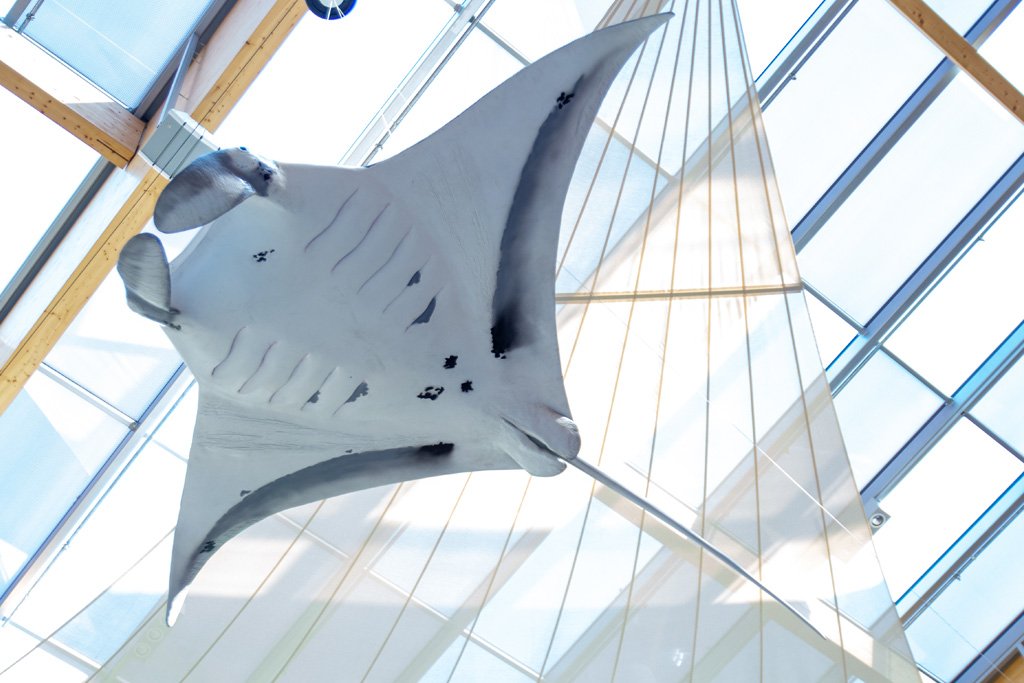