The blue whale (Balaenoptera musculus) is the biggest, heaviest, and probably the most well-known giant that lives in the world’s oceans and seas. Its tongue weighs the same as an adult elephant, a family car would fit in the place of its heart, and its mouth can take up as much water as there is in a swimming pool. The largest specimens recorded were over 33 metres long and weighed about 200 tonnes. Blue whales live up to be about 110 years, and except for the frozen parts of the Northern sea, they live in almost all oceans.

Giving the size of this magnificent creature, it is quite ambiguous that only an object as small as grapefruit can go through its narrow pharynx. However, that does not pose a problem for the blue whale, which feeds exclusively on krill. Blues whales can take up to 40 tonnes of krill mixed with water in one gulp thanks to expandable throat pleats (they stretch like an accordion). This krill-water mix is then sieved through keratin whalebones which push the water out and swallow the microorganisms that are left. Blue whales must eat 3 to 5 tonnes of food daily to be sufficiently fed. During the “feeding” season that last for about 4 or 5 months, blue whales consume 450-750 tonnes of food. 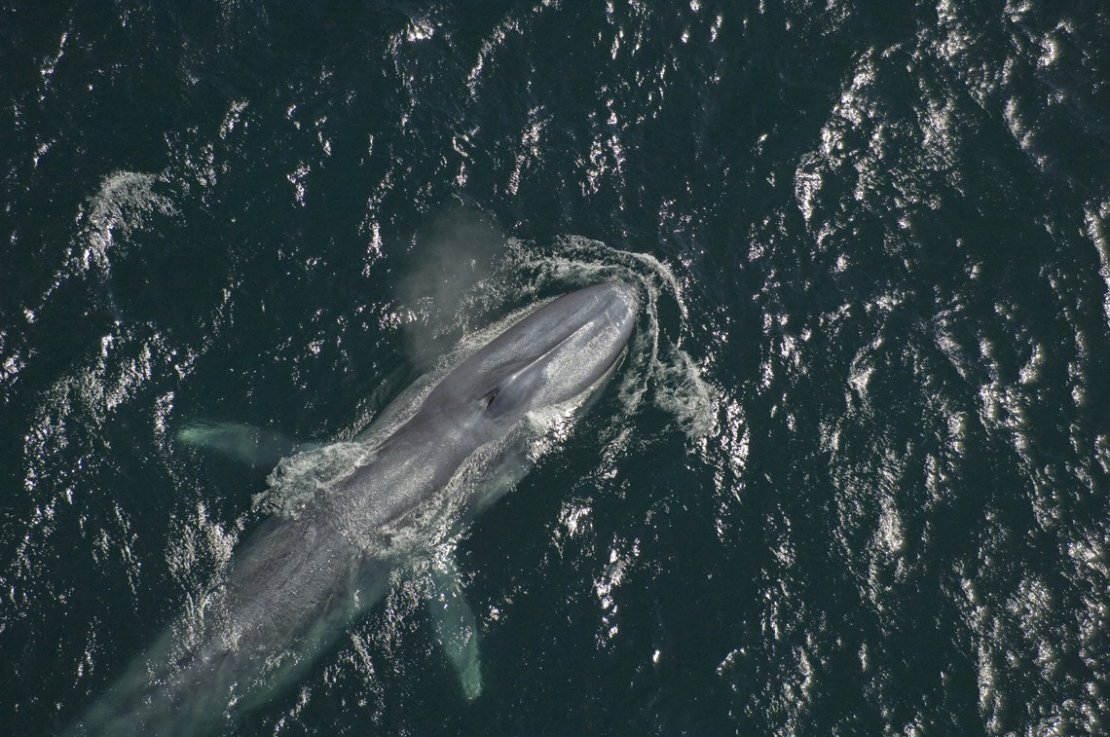 You can recognize a blue whale thanks to its long light greyish-blue, with white or grey mottling pattern, body. The whale’s head is U-shaped, broad, and flat, with a tall keel that acts as a breakwater, and with two easily seen blowholes. Another easy to spot dominants are throat folds that go all the way to the whale’s navel. Whales have long slender fins that are 1/7th of the length of the whole body, small dorsal fin and broad tail fin that is 1/4th of the whale’s body length. On average, the whale grows up to be 25 metres long and weighs between 90 and 120 tonnes. The largest specimen as much as 30 metres long and 190 tonnes heavy. Water is the main reason such a giant body can stay put together; some of the internal organs would be crushed onshore because not even the 22-tonnes weighing bones could not hold the mass of meat.

Slender body, friction-less skin, and large tail fin enable the blue whale to reach the speed of 50 km/h and classify it, surprisingly, as of one of the fastest marine animals. But do not let that confuse you, the average speed when feeding is only 2 to 5 km/h and 5 to 35 km/h when migrating to safe energy. 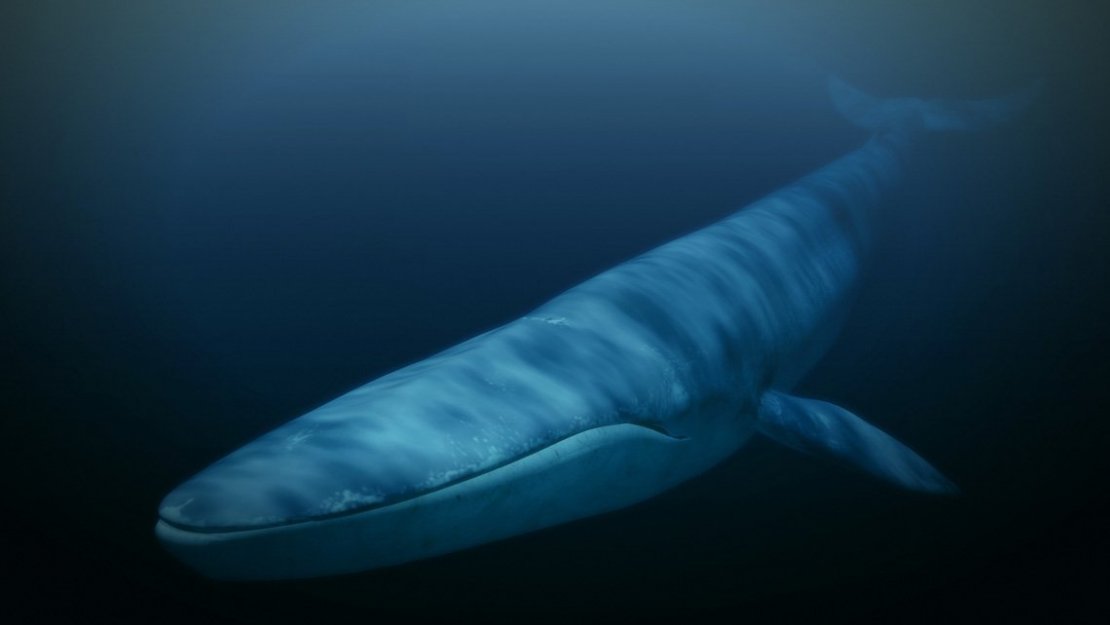 Blue whales are typically known for releasing geysers of water which can be up to 12 metres high. When resting, the whale spews out the water every 10 to 20 seconds for about 6 minutes in total. Blue whales can dive up to 200 metres deep and hold the breath for 50 minutes. They usually live on their own, but sometimes they form groups of two or four specimens. Bigger groups have been seen rarely at places with high presence of krill. Even though they choose to be alone, they are never lonely. Their communication skills enable them to talk to each other even over great lengths. Blue whales’ calls are the loudest sounds made by any living creature (up to 190 dB) and can be heard by other blue whales up to 1,600 km away.

Mating occurs in winter in hot and tropical waters. After carrying the calf for 10 to 12 months, the female gives birth. The calf is usually 7 to 8 metres long and weighs 2.5 to 4 tonnes and feeds on mother’s milk for about 6 to 9 months. The milk is incredibly nutritious (35-50% of fat) The calf drinks 200 to 400 litres of milk daily and grows at astonishing speed – 4 kg an hour, or 88 kg a day! Mothers stop feeding their young once they reach approximately 13 metres, a weight of 23 tonnes. Blue whales become adults between the ages of 5 and 10. The females give birth once every 2 or 3 years. 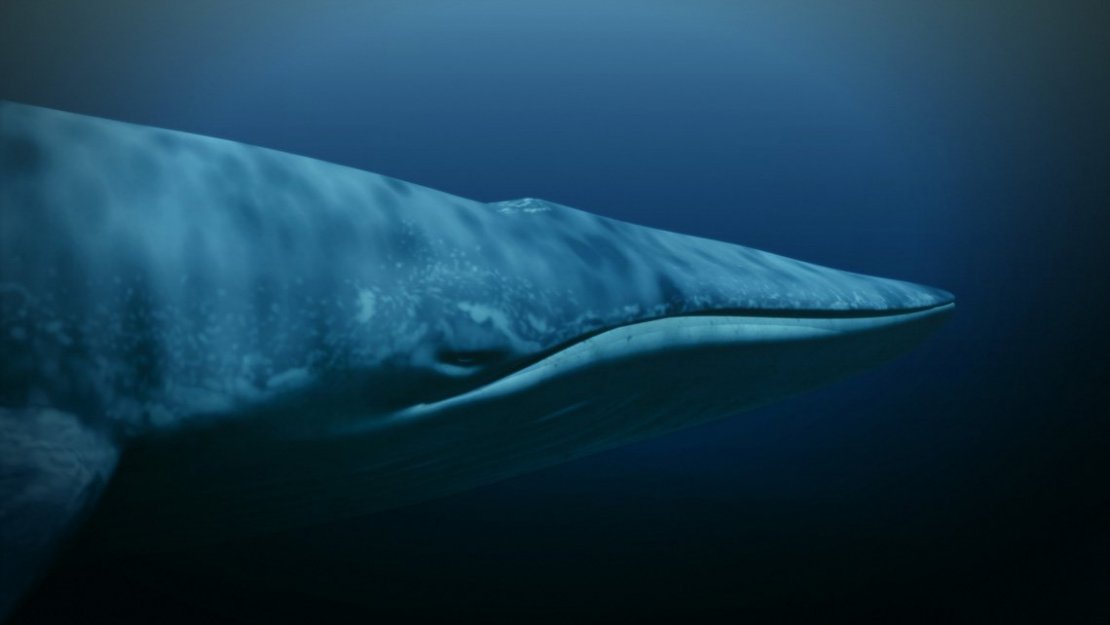 Apart from the frozen parts of the Northern Sea, the blue whales live in almost every ocean. The three main whale populations can be seen in the northern parts of the Atlantic and Pacific oceans and the southern hemisphere. They spend summers in polar and subpolar waters rich with nutriment. There used to be about 350,000 blue whales living in the oceans, but due to the massive hunting and pollution, it is now estimated to be only about 10,000 specimens. However, that number does not guarantee their survival, so the blue whales are on the IUCN’s red list of the most endangered species. 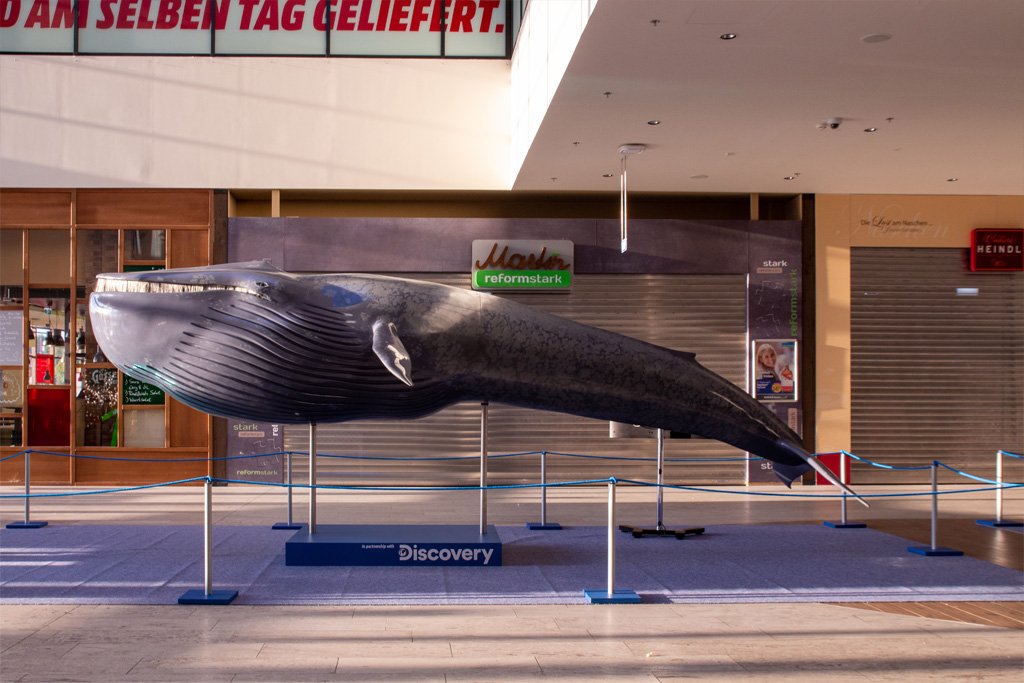 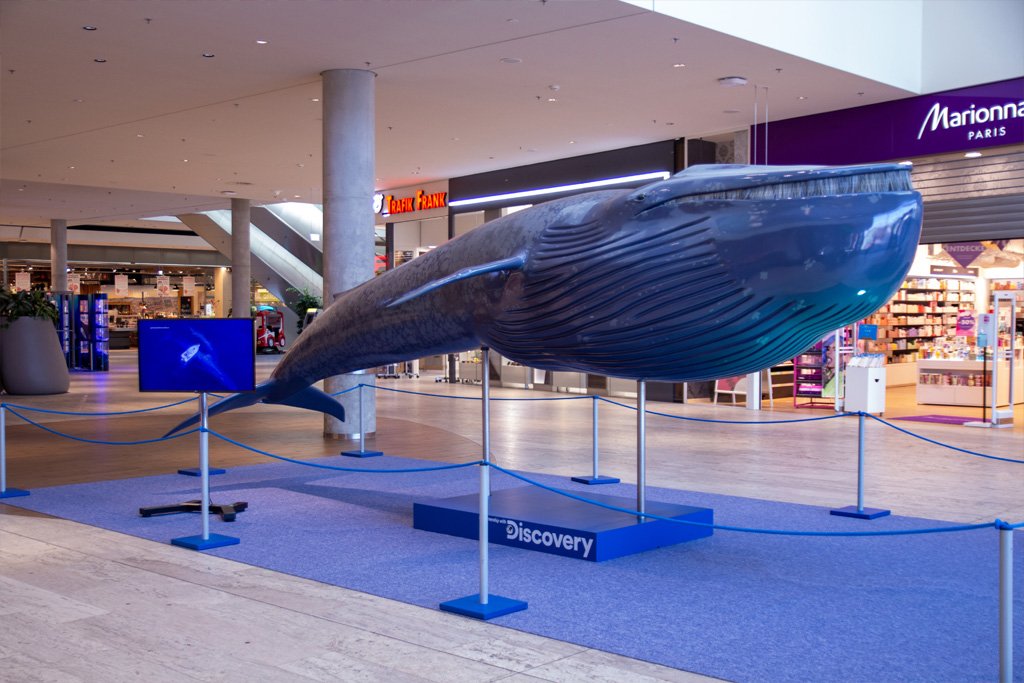